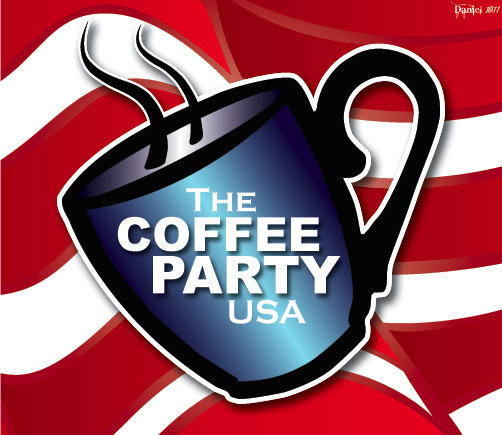 Coffee Party USA is a grassroots, non-partisan movement that aims to restore the principles and spirit of our republic and representative democracy in America. It started on Facebook as a popular fan page in January 2010 and has since blossomed into a national non-profit organization with a network of over half a million people and dozens of local chapters.

Our path to restoring America's republic and representative democracy:

Our activities often center around encouraging inclusive, civil, fact-based, solution-oriented dialogue — online and in public places such as coffee houses — in which we meet, talk, become informed and engaged as fellow Americans, rather than as members of political parties.

We believe that we share common goals as a people. We all want to live in safe communities with access to well-paid jobs that will allow us to provide for our families, help us secure a decent education for our children, and allow us to access adequate health care. We call upon the American people to transcend the hyper-partisanship that is so common today and move toward organizing communities around the mutual desire for ongoing, responsible civic engagement.

We understand that we must act boldly to not only break the cycle of corruption, but also recommit to the concept of a government of, by and for the people. We are the government. The government is us. We want to fix the problems in our government, not turn against the idea of government.

We need more – in quantity and quality – direct engagement with our government officials and with one another. Participating in our representative democracy should not be about just voting every 2 to 4 years – relying only on what appears in mainstream media and in campaign ads – and then hoping for the best. We need to engage the government in a way that promotes accountability to the public, transparency, and the spirit of E Pluribus Unum (out of many voices, one).

We need to create effective civic engagement opportunities by:

We operate entirely independently of political parties and we do not endorse candidates.  We are funded by our members.